It's now the season of Political Biopics. And here comes the biopic of Rahul Gandhi, 'My Name Is RaGa'.

Teaser opens with Rahul Gandhi swimming in the pool as a kid when his Grandmother Indira Gandhi was watching him. Then, The assassination of Indian PM happens. How it affected Rahul Gandhi? What were the challenges he has to face before taking the reins of the Congress Party forms rest of the tale. Interestingly, The promo ends with the victory celebrations of Congress Party in the elections.

Director Rupesh Paul deserves credit for casting appropriate actors in the roles of Rahul Gandhi, Indira Gandhi, Manmohan Singh, Narendra Modi and Amit Shah. He used the 'wink' of Gandhi in Parliament in a naughty way. The Filmmaker packaged 'My Name Is RaGa' in such a way that people will be sympathetic towards Rahul Gandhi and take him much more seriously after watching it.

Rahul Gandhi biopic will be releasing in the month of April. Let's see if it fetches political mileage for the Prince..! 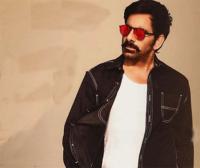