Vikram Looking To Take On #RRR?

Baahubali made many Filmmakers try their own versions of epic VFX dramas and even bigger budget stories. Unfortunately many of them did not workout as expected.

Tamil Filmmakers who believe to be best in India have been trying to surpass Baahubali and their media has been pushing any film that has budget more than 100 crores, as a film that will match Baahubali.

Well, the new entrant into that list is Chiyaan Vikram's Karna. The movie is said to be made on 300 crores budget and it will be heavily based on Sivaji Ganesan's Karnan, it seems.

After Sivaji Ganesan's Film became an Industry Hit in Tamil, NTR who played Krishna in the film, made Daana Veera Sura Karna in Telugu as an answer.

Now, Rajamouli started his next film, RRR and Karna is also coming around the same time, it seems. With 1000's of actors, huge war sequence is being canned in RFC, Hyderabad.

We have to wait and see, if Vikram's Karna can win audience over as Vijay's Puli after tall claims, failed miserably. 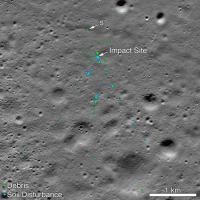