Rajamouli's magnum opus 'RRR' is going places. This visual extravaganza is sweeping the foreign crowd off their feet and it is getting a lot of appreciation on the international level. After attending the Toronto Film Festival, Rajamouli is in Los Angeles now to witness his film being screened at the world's biggest IMAX at Chinese Theatres of LA as a part of 'Beyond Fest'.

The crowd enjoyed the film heavily and the response was absolutely astounding. The Americans were gaga over the film already and they have now given Rajamouli a standing ovation too after the screening has been completed. They are claiming that it is one of the best theatrical experiences they had and are expressing their happiness on social media.

Rajamouli interacted with the crowd after the screening and claimed that he was surprised to see such a huge number of people showing interest in his film. He went onto to say, "I was imagining that I was coming to America but it looks like a place called Ameerpet in Hyderabad, my home town."

This drew whistles and cheers from the Indian crowd and this video clip is currently going viral. Starting as one of many students Raghavendar Rao produced, Rajamouli came a long way. He became the best in Tollywood by giving one super hit after another and became a director the entire nation looks up to after the 'Baahubali' franchise. One can expect him to go higher from he is now and deliver films that the Indian cinema can be proud of on a regular basis. He is currently working on the script of his next globetrotting adventure film with superstar Mahesh Babu. Let us wait and see how that film turns out to be.

Is Allu Aravind an Unsung Hero In Chiranjeevi Film Career?

Do You Know About The Pan-Indian Disaster That Came 30 Years Back? 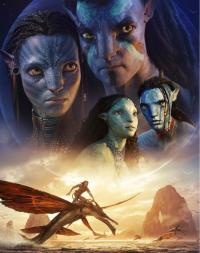