Locked & Loaded: 'The Ghost' Ready To Be Unleashed!

Nagarjuna is all set to arrive with his 'The Ghost' on 5th October. The movie is a full-fledged action thriller and director Praveen Sattaru is leaving no stone unturned to make it a blockbuster. They are promoting the movie through the release of special making videos which are generating good buzz on the movie. The grand pre-release event of 'The Ghost' will be organized in a spectacular manner at STBC Ground in Kurnool on 25th September.

The makers have now officially announced that the censor formalities of this action thriller has been completed. The film has been given the 'U/A' certificate and the makers have revealed it with a stunning poster. We can see Nagarjuna standing in the middle of the forest with an aggressive look on his face. Holding an AK47, he is looking too fierce and fans are absolutely loving this poster.

Cinematography is handled by Mukesh G, wherein Brahma Kadali is the art director. Dinesh Subbarayan and Kaecha are the stunt directors. Mark K Robin who is an expert in scoring music for action and thriller movies worked on this flick. Bharath and Saurab duo scored songs of the movie. This movie is written and directed by Praveen Sattaru. 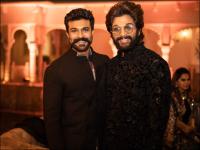