Why is KCR relying on intel staff than his own partymen?

Telangana Chief Minister KCR is said to have ordered the intel personnel to conduct a thorough survey of the migrant labour from Munugde assembly constituency who are living and eking out a livelihood in Hyderabad. He wanted village wise exhaustive list of the migrant labour for the upcoming bypoll.  Sources say that he is planning to bring the migrant labour to their respective villages so that they can cast their vote on the polling day.

Highly placed sources say that the TRS leadership was alarmed on seeing the massive response that BJP candidate Komatireddy Rajagopal Reddy got when he organised a meeting of the migrant workers from Munugode in Hyderabad. The meeting had a huge attendance and the organisers also established a direct connect with the Munugode voters who live in Hyderabad.

KCR has realised that the migrant labour could tilt the scales in favour of Rajagopal Reddy. Even otherwise, Rajagopal maintains cordial relations with the migrant labour from his constituency.  Hence the meeting was a success. Now  KCR want to contact all these voters and woo them to vote for the TRS. As part of this exercise, he has reportedly asked the intel sleuths to work on this.

However, the important question is why intel staff and why not party workers and the organisational network? Sources say KCR has lost faith in his own cadres. Highly placed sources say that he knows about the intense groupism in the ranks of the TRS and feels that the rival groups could sabotage the plans. Hence, he is relying on the intel sleuths.

Ex-Minister Raises a Debate On Leaving TRS Yet Again!

BJP Not Even Considering AAP As Opponent In Gujarat? 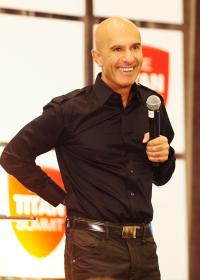