Youth star Nithiin is creating a very good buzz with his upcoming political action entertainer 'Macherla Niyojakavargam'. This movie is hitting the screens on 12th August and the expectations have raised heavily after the release of 'Ra Ra Reddy' and 'Adirindhey' songs. The trailer looked action packed and fans are eagerly waiting for the film's release.

The makers have now released the video song titled 'Pori Superoo' which is high-energy song. The full lyrical video will be out on 10th August and complete video can be viewed only in theatres. A part of the video song has been released to increase the buzz further and it definitely looks very attractive. Nithiin looked good and did some entertaining dance movements while Krithi Shetty seems to have upped the glamour quotient by a few notches. She pulled off some steamy moves and looked attractive. The pair looked great onscreen. The song is expected to be a treat for the audience in theatres.

Written by Krishna Kanth, this song is composed by Mahati Swara Sagar while Rahul Sipligunj and Geeta Madhuri rendered it. The film has a lot of noted character artists and MS Raja Sekhar Reddy is the writer-director of this film. Sudhakar Reddy and Nikitha Reddy are producing this film under Sreshth Movies banner along with Aditya Movies & Entertainments. Anjali did the special number while gorgeous girl Catherine Tresa is also a part of this project. Prasad Murella is the director of photography. Kotagiri Venkateswara Rao is the editor while G Hari is the line producer. Mamidala Thirupathi is the dialogue writer while Sahi Suresh is the art director.
Download our app 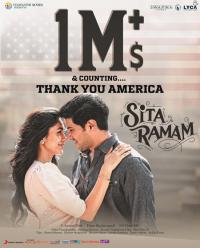