After a long time, Nandamuri Kalyan Ram scored a hit. His recent outing 'Bimbisara' got a unanimous positive report right from the very first show in the morning and his fans are absolutely delighted. Not just the fans but the team of 'Bimbisara' are also overwhelmed with the success. The 'Athanokkade' hero thanked the movie lovers and said that they once again proved that good content will always be encouraged.

Not just Kalyan Ram but Srinivas Reddy and the director too thanked the audience. Produced by NTR Arts banner, Samyuktha Menon and Catherine Tresa are the heroines in this film. Madhiki Vashist is the director of this project. Warina Hussain, Vennela Kishore, Brahmaji, Srinivasa Reddy and others played key roles in this socio-fantasy film. Chota K Naidu is the cinematographer while MM Keeravani composed the music. Chirantan Bhatt gave tunes for the songs in this film. Tammiraju is the editor while Venkat and Ram Krishan designed the stunts.

Kalyan Ram is currently working on an interesting film named 'Devil: The British Secret Agent' which is a pan-Indian film. Naveen Megaram is the director of this project while Abhishek Nama is the director. The movie is set in the backdrop of Madras Residence in British India.
Download our app 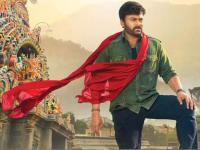