Future Of These 2 Remakes Left In Dilemma!

It has become a trend lately to remake hit Malayalam films into Telugu. It is not just limited to small and medium heroes but stars like Megastar and Pawan Kalyan are remaking movies like 'Lucifer' and 'Ayyappanum Koshiyum' respectively. But there are few Malayalam movies whose remake rights were bought by the filmmakers but their future is left hanging in the balance.

Well-known banner 'Sithara Entertainments' bought the remake rights of 'Kappela'. They planned to remake it with Vishwak Sen and Siddhu Jonnalagadda in the lead. But the latter got a lot of craze after 'DJ Tillu' and reports suggested that he changed his mind about this remake now. It is still unclear whether the remake is still on the cards with another hero as one of the leads or if they completely shelved the project.

Top banner 'Geetha Arts' has acquired the remake rights of 'Nayattu' and planned to remake it under 'Palasa' fame Karuna Kumar's direction. The opening ceremony has been done but the casting and budget issues forced the team to stop the shooting. Recently, the production house started another film in Teja Marni's direction. It has Srikanth playing the lead and inside news suggests that it is a remake of 'Nayattu'.

A lot of experts are saying that the audience might lose interest in these projects if there is so much of delay in making them as they can watch the originals with subtitles on OTT platforms. Let us wait and see what happens.
Download our app 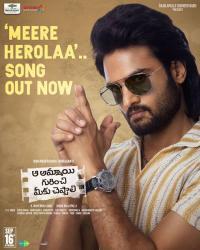