Earlier, Joster Films Services MD Hema and Koteswara Raju, who bankrolled the project had come down severely on Jeevitha and accused her of cheating them by not paying back the money they took to bankroll the film. As a response, Jeevitha hit back at them and said that she is correct from her side.

After Jeevithe hit back at them, Hema and Raju held a press meet and lashed out at Jeevitha. The duo accused Jeevitha of having the nature of telling lies regularly and advised her to act in films and not in real life.

Not happy with the claims made by Jeevitha, Heme said that Jeevitha had threatened her earlier. She even alleged that Jeevitha is cheating people in the disguise of celebrity and they have all the proof to prove her wrongdoings.

Surprisingly, this is not the first time Jeevitha had a tough time with the cheque bounce cases. In the past, she faced the same when she was accused of a cheque bounce issue two times. 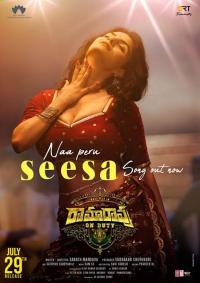