Director Shankars son to debut as a hero

Maverick South Indian filmmaker Shankar is set to launch both his kids in the field of acting. His daughter Aditi Shankar is already on the verge of making her acting debut. She was roped in to play the female lead in an action drama featuring Karthi in the lead role.

Now Shankars son Arjith is set to make his debut as an actor in South Indian cinema very soon.

As per reports Shankars son  Arjith has already completed his training in dancing acting and other crucial facets for an actor He is raring to debut as an actor and related back end works are underway already.

Apparently Arjith will be making his debut with the sequel of one Shankars blockbuster films Kaadal  Premisthe  in Telugu.

The sequel of Kaadal is now being planned with Arjith in the central role. Shankar wont be directing this film but one of his associates will. This project will be officially announced soon and more details will be out correspondingly.
Download our app 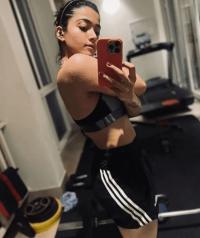