Deepika Talks About Her Feelings On Physical Intimacy!

Star actress Deepika Padukone is the center of attention for the past few days due to her upcoming film 'Gehraiyaan'. This coming-of-age film has Deepika playing the role of a woman who is unhappy in her marriage and starts an affair with her cousin's fiancÃ©. The physically intimate scenes and her glamour show in bikinis have raised a lot of debate.

While most of the divorce cases occur due to dissatisfaction in physical intimacy between the couple, Deepika's statements too hold a lot of truth. Other than 'Gehraiyaan', Deepika was seen playing the role of Romi Dev in her husband Ranveer Singh's '83'. She will also be the lead in the Bollywood remake of the hit English film 'Intern'. 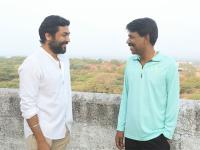