Apparently, Charan has agreed to join RRR's promotional campaign starting from the second week of December. He, along with Jr NTR, and the rest of the cast and crew of RRR will be touring several parts of the country to take part in RRR;s promotions. On a related note, even Shankar appears to have taken up the Indian 2 assignment before Charan turns available again and resumes shooting for RC15. As per reports, team RC15 is planning to put the shoot on hold for the next couple of months. In the meanwhile, Charan will be taking part in RC15's promotional campaign and Shankar will make use of the time to complete filming for Kamal Hassan's Indian 2. It is heard that Kamal has even allotted his dates for the resumption of Indian 2's shoot.

Both Ram Charan have lined up their schedule with other commitments. While Charan will be turning busy with RRR's promotional campaign, Shankar will be working on Indian 2 and try to complete the filming part at teh earliest. That said, this is just a wild speculation for now and we need to wait and see if it will actually turn to reality. More clairty in this regard will emerge once the RC15 unit gets back togethe and discuss the future course of action.

Ram Charan had recently announced that RC15 will be hitting the big screens across the globe during February 2023. So, both him and Shankar will have more than enough time to wrap up their other commitments and then get back to the sets of RC15 and resume shooting for the film. More details about the same are expected to be out soon. 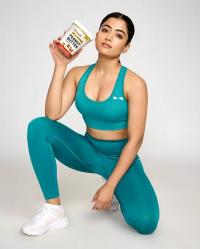