In 2008, on 26th November India saw deadly attacks on Taj Mahal Palace and at Nariman Point in Mumbai. Terrorists from Pakistan entered into India via sea route and tried to shake up the financial capital of India, Mumbai.

Many brave heroes from cops and paramilitary, military personnel worked hard to catch the miscreants and stop the attacks. But Iconic Taj Mahal Palace Hotel, had to suffer in the hands of the terrorists.

Remembering the incident, many films have been made in the past and now, Major is coming in the honour of Major Sandeep Unnikrishnan who martyred in the attacks but played crucial role in saving many lives during attacks and even helped in catching terrorists.

His life needs to be honored and his contribution needs to be valued. Adivi Sesh has written and acted in the lead role as Sandeep Unnikrishnan in the film.

His Goodachari director, Sashi Kiran Tikka is directing the film. Film is releasing worldwide in 5 languages and GMB Entertainments is producing the film. This is Mahesh Babu's first production that doesn't involve him as the lead actor.

The team of Major has decided to commemorate families of Fallen heroes of 26/11 attacks in the presence of K Unnikrishnan and Dhanalakshmi Unnikrishnan, parents of Sandeep Unnikrishnan. The event will take place at Hotel Taj Mahal Palace in Mumbai on 26th of November 2021. Film is releasing on 11th February 2022. 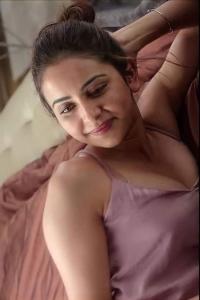