This Dussehra season is promising to be a highly exciting one for Tollywood followers as several Telugu films are lining up for theatrical release this festival season. While Maha Samudram, starring Sharwanand and Siddharth in the lead roles is already in contention for the Dussehra release, we might have a couple more new entries to the already crowded festival season. A short while ago, the makers of Naga Shaurya's Varudu Kavalenu had announced that the film will be out in theatres this Dussehra season. The makers had announced that the film will be out on the 15th of October this year. This came as a surprising announcement as not many were anticipating the light hearted entertainer to lock Dussehra release.

Apart from these biggies, Rowdy Boys, a campus drama featuring Dil Raju's nephew Harshit Reddy in the central role is also gearing up for release on the 14th of this month. This film caters to the youth and it might make the Dussehra race a whole lot more interesting. The film has Anupama Parameswaran in the lead role. Ahead of this frenzy, we have Vaishnav Tej's Kondapolam which is announced for release on the 8th of October. This film will start off the Dussehra proceedings. But the makers are yet to start of the promotions in a full fledged manner.

It is very much evident that Tollywood is gearing up for a sensational Dussehra week as multiple Telugu films are gearing up for release during the festival season. How many of these will actually manage to impress Telugu audience? We have to wait and see.
Download our app

Samantha's Appeal To Parents On Prepping Daughters For Marriage! 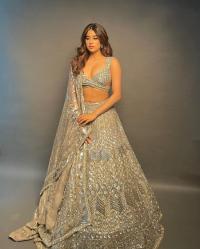