Sarkaru Vaari Paata is announced for theatrical release on the 13th of January next year. The film features Mahesh Babu in the lead role and the star actor plays a full-on mass role in the Parasuram directorial. Mahesh's fans and followers are hoping that their favorite actor puts on a mass show in the film and the teaser and the first look posters have clearly implied the same. Mahesh's mass screen presence in the film is leaving every one excited. Incidentally, this is Mahesh's first proper mass celluloid after a long time, which is in turn building more buzz and anticipation to the film.

In his latest interaction with media, Mahesh hinted that Sarkaru Vaai Paata will be a full-on mass entertainer. He went on to say that he is getting Pokiri vibe with this Parasuram directorial. "I am getting Pokiri vibes with Sarkaru Vaari Paata. You will see a new Mahesh Babu in this film. I okayed Parasuram's script in one sitting. Pokiri is a film that is close to my heart. Now, I am feeling that Sarkaru Vaari Paata will be a film that will be on the lines of Pokiri. I am excited about this prospect," Mahesh said.

Pokiri really is a fan favorite and Mahesh's fans have been eagerly waiting for him to do a film like the Puri Jagannadh directorial for a really long time now. It appears to be that their long wait will come to an end with Sarkaru Vaari Paata which is being promoted as a proper commercial potboiler. The film is directed by Parasuram, who is said to have come up with a proper mass subject for Mahesh Babu this time around. Now, as revealed by Mahesh himself, he has okayed the script in a single sitting, which could be an indication that Mahesh really loved the subject and Parasuram's narration.

Mahesh is close to wrapping up Sarkaru Vaari Paata. Close to 70% of the shoot has been wrapped up already. The film has Keerthy Suresh in the female lead role and it is gearing up for theatrical release next Sankranthi season.
Download our app 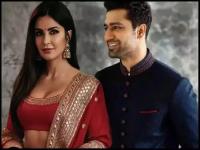