Khiladi is the costliest project in Ravi Teja's career. The director of the project Ramesh Varma recently revealed that the makers are spending as much as Rs 55 crores on the project.

The film hit the floors earlier this year and just as it was about to be wrapped up, the shoot was halted due to the Covid second wave.

Now, the makers have announced that the unit has wrapped up the talkie part. Only two songs are left to be picturized now and the same will be canned very soon.

With the shoot nearing completion, the post-production is underway simultaneously. The makers are also contemplating a new release date for the film.

An official announcement on  Khiladi's new release date will be out soon. The film is directed by Ramesh Varma and it is billed to be a sleek action thriller. It has Dimple Hayati and Meenakshi Choudhary in the lead roles.
Download our app 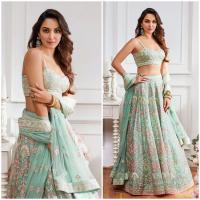