Pregnant Kajal In A Hurry Now

Several reliable reports are claiming that senior actress Kajal Aggarwal is pregnant with her first child now. Now, it is heard that the actress is in a hurry in wrapping up her ongoing projects.

Kajal's immediate focus is on wrapping up Acharya which is in the final leg of the shoot. She still has to shoot for a song and she has asked the makers to get things done at a brisk pace now.

Kajal will be wrapping up Acharya shoot in the next few days and then take an indefinite break from acting as she wishes to explore the beautiful world of motherhood.

It is unknown if Kajal will be returning to acting after she gives birth to her child. It is known that the actress got married to Gautam Kitchlu later last year in a private wedding ceremony. 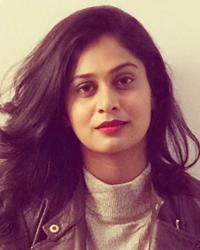 Popular Singer Says No To Give Away Her Sensational Song!
×