Arrest Warrant against Kangana, if she won't appear for hearing!

A metropolitan magistrate court had warned that an arrest warrant would be issued against Bollywood actress Kangana Ranaut if she fails to appear before the court for the next hearing in the defamation case. The court made these comments on Tuesday.

The Court heard the petition pertaining to the defamation case filed against Kangana Ranaut by lyricist Javed Akhtar. Advocate Jay Bhanushali, who represented Javed Akhtar told the court that Kangana has been missing the hearings in the issue, while Javed Akhtar is attending all the hearings.

Countering the claims, Rizwan Siddiqui, Kangana Ranaut's lawyer told the court that Kangana Ranaut developed a few symptoms that are close to Covid. Saying that the actress has been involved in events related to her films, the counsel sought a short date.

Postponing the next hearing in the case to the 20th of September, the court said, an arrest warrant would be issued against Kangana Ranaut if she doesn't appear for the next hearing.

Sekhar Kammula about Love Story, Leader 2, and film with Dhanush 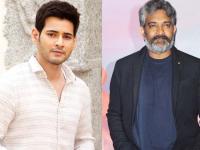