The much-awaited first notice of superstar Mahesh Babu's 'Sarkaru Vaari Paata' is here on time. As promised the makers served the first notice at 4:05 PM and the poster is just a feast to the fans of Mahesh Babu. Along with the first look, they even revealed the released date of this film. The team officially announced that it will hit the screens on 13th January 2022.

Here we have superstar Mahesh Babu stepping out of a red car in style. He looks dapper and the stylish hairstyle is surely reminding everyone of his 'Pokiri' and 'Athidi' days. Mahesh is handsome as ever and you simply cannot take your eyes off him. He is just amazing and has so much swagger. This poster is sure to spike the already high expectations.

Also, the team of 'Sarkaru Vaari Paata' has announced that a superstar's birthday blaster will be coming out on August 9th which doubled the happiness of fans. Keerthy Suresh is the heroine while Parasuram has written and directed this movie which is based on bank corruption and scandals as per reports. With this special treat, this poster is sure to go viral on the internet. Get ready for the hype and hungama of Mahesh fans!
Download our app 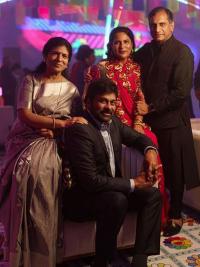