ndian pacer Bhuvneshwar Kumar is one of the senior in the team's pace attack. He is often regarded as one of the few bowlers in India who can swing the ball.

Swing King Bhuvneshwar Kumar has shown his consistency once again. Nearly after six years, he bowled a no-ball. The record shows how accurate he is as a bowler.

The speedster bowled a no ball against Sri Lanka during the second ODI on Tuesday. Bhuvneshwar Kumar bowled 3093 deliveries in international cricket without overstepping.

The last time the bowler crossed the crease was in 2015. For more than five years, he maintained consistency .

In his quota, Kumar has picked three wickets by giving 54 runs. He made a valuable contribution with the bat too. His partnership with Deepak Chahar helped India win in the edge of the seat match. While Deepak scored 69 runs, Bhuvi made 19 runs.

India's victory in the second ODI marks the ninth series against Sri Lanka and that too consecutive series. While India played with senior players and experienced ones in the previous series, this time young guns took the active part in the win against Sri Lanka.
Download our app 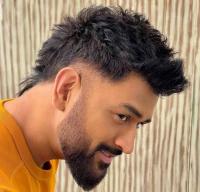