Goa Becomes The Next Destination For Pushparaj!

Stylish star Allu Arjun has now turned into an 'Icon Star' after the teaser launch of 'Pushpa'. The star hero is always known for his stylish looks but Sukumar turned him into a completely different for 'Pushpa'. He will be seen as lorry driver Pushparaj in this duology which is set in the backdrop of red sanders smuggling in Nallamala forests.

The makers shot near Rajahmundry before shifting to Hyderabad. After completing a schedule in the specially erected sets, Bunny and Sukumar went outdoor once again to film some important sequences. The shooting came to a halt because of the second wave and with the lockdown being lifted now, they are planning to resume the shoot from July 5th but not in the Telugu states.

The team of 'Pushpa' are going to Goa for their next schedule and it is going to last for over 30 days as per sources. Sukumar is reportedly planning to shoot the film in some unseen locations and a visual treat to the audience. Rockstar Devi Sri Prasad has given a wonderful tune for Pushparaj's introduction in the film and the picturization of this song is also going to happen in the Goa schedule as per sources.

As we know, 'Pushpa' will be releasing in two parts and the first installment is expected to come out by the end of 2021. Rashmika Mandanna is the heroine while Fahad Fasil will be seen as the antagonist. Mythri Movie Makers are producing this pan-India film that will be released in Telugu, Tamil, Hindi, Malayalam and Kannada languages simultaneously.
Download our app 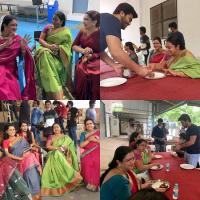