Young Tiger NTR is easily one of the best actors in Tollywood and no one can deny that. He can portray every emotion with ease and has the ability to touch you with his performances. He has a lot of admirers in the film industry too. Hero Vishwak Sen is one among them.

The 'Falaknuma Das' hero spoke highly about NTR in a recent interview and stated that he is an inspiration since 'Simhadri'. He said, "NTR is an honest actor. Having command on Telugu, dialogue delivery is bang on and all other aspects make NTR the best of all. He is unmatchable and no one can come near his grace. He is the best and honest actor."

During the interview, Vishwak shared some interesting things about his personal life too. He gave away the details of how his dad changed his name from Dinesh Naidu to Vishwak Sen after checking with the numerologist. He added that he still has time to get hitched since he is just 25 years old now. But he also told that he may get married if the right match comes. He concluded by saying that he is single as of now. Vishwak is awaiting the result of his upcoming film 'Paagal' which is bankrolled by Dil Raju.
Download our app 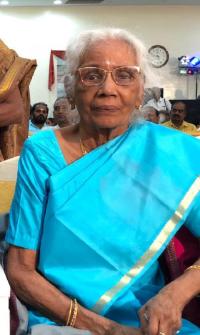