After a surprise hit like 'Agent Sai Srinivasa Athreya', talented artist Naveen Polishetty is coming with a comedy entertainer titled 'Jathi Ratnalu'. Faria Abdullah is the heroine in this flick while Priyadarshi and Rahul Ramakrishna played key roles. Produced under 'Swapna Cinema' banner by Nag Ashwin, Anudeep directed this flick which is getting released on 11th March. The entire unit is promoting this film quite aggressively and they announced that the theatrical trailer will be released by pan-Indian star Prabhas. The team released a hilarious video showcasing their journey from Jogipet to Mumbai.

They showcased the team's experience of meeting Prabhas for the trailer launch in an entertaining manner. The video featured Navven Polishetty, Faria, Anudeep and Priyadarshi along with Prabhas. The video is filled a lot of funny moments. Prabhas claimed that the trailer is fantastic and it made him laughed at least 10 times. The trailer will be out on the internet from 4:20 PM and the team's interesting and entertaining strategies are working pretty well till now.
Download our app 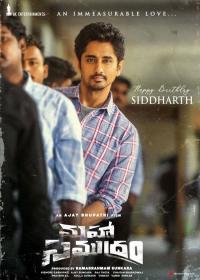