The first look poster of 'Thellavarithe Guruvaram' got a decent response and now the makers have come up with the teaser which looks highly entertaining. The 74 seconds teaser is filled with comedy and fun moments that will make you laugh instantly.

Simha Koduri is the main lead who escapes from marriage but the story behind it hasnâ€™t been revealed. He suited the role and provides good laughs. The two heroes Misha Narang and Chitra Sukla did decent jobs and the teaser completely focuses on these three characters. Satya will be seen in a comedic role while Rajeev Kanakala, Ajay, Viva Harsha and others play key roles. Overall, the teaser manages to impress the audience and we need to wait and see how the film turns out.

Sai Korrapati is bankrolling this romantic comedy which is directed by Manikanth Gelli. Kaala Bhairavaa is giving music while Suresh Ragutu is the cinematographer. This film is getting released on 27th March. 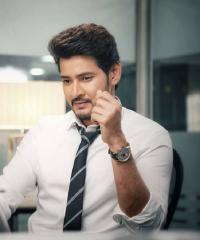