Hero Nithiin bounced back with 'Bheeshma' last year and he is gearing up with three interesting films in 2021. The newly married man is going to have one of the busiest and crucial years in his life. Critics claim that it can either turn him into a star or damage his market badly.

Firstly, he is getting ready to thrill the audience with Chandrasekhar Yeleti's 'Check' which is hitting the screens this weekend. Yeleti is known for his different scripts and we need to wait and see if he and Nithiin impresses the public or not. In March, Nithiin is going to take the audience through a love journey titled 'Rang De'. Keerthy Suresh is the female and this romantic comedy is directed by Venky Atluri is arriving on 26th March 2021.

He even announced the release date of his untitled film with Merlapaka Gandhi. It is going to entertain the audience in the second week of June which means that Nithiin is coming with three films in the first half of 2021. Insiders say that we can expect one film at least from him in the latter half. It is going to be a very special year for Nithiin but we need to wait and see if it is going to be in a good way or not.
Download our app 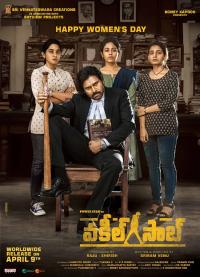