There are some beautiful locations in the Telugu states and the boat route to Papikondalu is definitely one of them. It is one of the most picturesque spots in South India and its atmosphere along with the view is just amazing.

Now, top-notch senior filmmaker Maniratnam is all set to shoot some key portions of his upcoming film 'Ponniyin Selvan' in this area. The necessary arrangements are already being done in the Singannapally area of Papikondalu Mandal. The tourism boats and others are being readied with decorations and some huge sets are built for shooting.

The film's unit has organized a trial run on Sunday and sources say that the main cast will be joining the shoot soon enough. This film is Maniratnam's dream project and he is making sure that he shoots this film as wonderfully as he imagined. The film may release by the end of this year or during the early months of 2022.
Download our app

Rakul Great For All The Positive Feedback!

Promo: Anasuya's Treat To The Masses In 'Paina Pataaram' Song!

'MEK' Becomes 'EMK' For NTR! Promo To Come Out Soon! 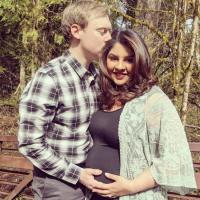 Actress announces her pregnancy with a heartfelt not
×