'Uppena' is one of the most-awaited films from the past one year. Despite all the postponement, the film managed to stay in the news thanks to the songs of Devi Sri Prasad. The film marks the debut of hero Viasshnav Tej, heroine Krithi Shetty and director Buchi Babu Sana. Vijay Sethupathi is the antagonist in this film which is releasing with a lot of hype and buzz. Let us see how the film turned out to be.

Sesha Rayanam (Vijay Sethupathi) is an influential person who gives utmost importance to caste and honor. He even leaves alone a man who he is supposed to kill just because the man belongs to his caste. He plans to evacuate all the fishermen and build a shipyard thereby behaves in a ruthless way.

In the meanwhile, Aasi (Vaisshnav Tej) who belongs to a fisherman family is head over heels on Rayanam's daughter Babamma (Krithi Shetty) since childhood. Even Bebamma falls for Aasi and they enjoy their love for a while before Rayanam finds out everything. What happens after that forms the crux of the story.

The love story between a rich girl and a poor boy is not new to the Telugu audience. Heroine's father being the villain and doing all he can to separate them but love finally winning this battle has been narrated by many directors for many years. So, there is nothing new on the story front in 'Uppena' but what makes it enjoyable and convincing are the romantic moments, hard-hitting climax. Music is considered the soul of any love story and Devi Sri Prasad hits the bull's eye with 'Uppena'. Along with him, good production values and perfect cinematography from Shyam Dutt turned out to be the film's major strengths.

Hero falling in love with the heroine right from his childhood, following her like a puppy, heroine going around with hero in the name of going to college and all other things are quite common in any movie but director Buchi Babu succeeded in showcasing them in a convincing manner without boring the audience. The sea backdrop too worked fantastically for the film and gave a new feel to the audience. Any writer needs to have a certain romantic angle in him to pen such love sequences and Buchi Babu proved that he is a romantic at heart. Hero getting fever whenever heroine kisses him and heroine seating a lot whenever hero is beside him will connect instantly to the youth during the entire first half.

The hero and the heroine characters are designed brilliantly and most of the songs arrive in the first half. Especially the 'Jala Jala Jalapaatam Nuvvu' song stands out on top in all aspects. Along with all the entertaining and romantic moments, Vijay Sethupathi sends shivers down the spine every time he comes onscreen. Dialogues were well written for his character and Vijay Sethupathi takes Rayanam role to the next level with his performance. The interval bang has been written perfectly and we can witness the writing prowess of Buchi babu in it.

Most of the romantic films slow down during the second half and 'Uppena' is no exemption. Unlike the first half, the latter part runs on a flat note with no major high points. As all the major songs arrive during the first half, the lack of music too works against the second half but it once again gets back on track during the pre-climax episode. It is the ending portions of the film that takes the film to another level. As said in the social media, the makes opted for a climax that has never been witnessed before on the Telugu screen. It may sound quite harsh and barbaric on paper but the director managed to pull it off in a convincing and emotional manner which is sure to connect with the audience. The writer and director in Buchi Babu were in top form during this episode and the confrontation between the heroine and his father is written in a very strong way. Every person in the film's team who went ahead with this climax without thinking of the commercial appeal needs to commended.

Entertaining and romantic first half along with a strong climax portion are the film's biggest strengths. 'Uppena' is also backed well by all its technicians but a dull second half may take away some points. The scale of this film's success depends on how the audience take the climax.

Panjaa Vaisshnav Tej should be appreciated for accepting such a film for his launch. He took up a daring subject when most of the debut heroes try for a commercially safe launchpad. He did not think about the trolls he may face on social media and opted for such a de-glamorous role. He acted with maturity and owned his role.

Heroine Krithi Shetty impressed everyone with her beauty as well as acting skills. Her performance in the climax portions is definitely applause-worthy. There is nothing new to say about Vijay Sethupathi. We all know his brilliance and he showcased it once again with a negative role in 'Uppena'. He was fantastic overall but Ravishankar's voice did not suit Sethupathi as people are quite familiar with his original voice. Sai Chand was convincing in the role of the hero's father and the rest of the cast did a good job.

Devi Sri Prasad showed why he is still one of the best in the business. He breathed life into 'Uppena' with his songs and background scores. He once again proved that his music depends on the story. Shyam Dutt's cinematography is top class and the artwork is perfect too. The producers should be appreciated for taking such a different film and spending good money on it. The production values are top-notch. Editing is good though the pace slows down in the latter half a bit.

Coming to the director, Buchi Babu Sana proved his worth with his debut outing. He was successful in leaving a strong impression in the minds of viewers after the movie gets finished. Despite a regular story, his writing abilities came in handy to narrate in an engaging way with a lot of romantic moments that cater to the youth. His work is climax deserves a special appreciation and it is the biggest strength of this movie. He takes a lot of credit for writing and attempting such a scene on the big screen. 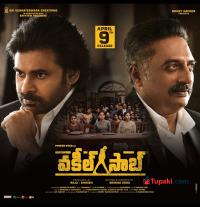