On this occasion, the makers of Thalaivi, the multilingual biographical film loosely based on the life of former Chief Minister of Tamil Nadu J. Jayalalithaa, paid tributes to M.G.R.

The makers released a short video on M.G.R which traces the highlights and turning points in his film career and politics as well. Fans are going gaga over the video.

Bollywood actress Kangana, who is essaying the role of J. Jayalalithaa in the much-anticipated film paid tributes to the great leader by sharing a still from Thalaivi. The still features Kangana and Arvind Swami, who is playing the role of MGR.

'Tribute to the legend #MGR on his birth anniversary, revolutionary leader n a mentor to #Thalaivi,' Kangana Ranaut's tweet reads.

Thalaiva fame AL Vijay is helming the project. Thalaivi is the biopic of former Tamil Nadu chief minister and actor Jayalalithaa. The film traces the journey of Jayalalithaa from a leading actress to a powerful leader. 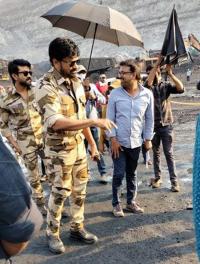