Telugu girl Chandini Chowdary, who had made an instant impression with period romantic drama, Colour Photo, is once again gearing up to impress the audience with another interesting film alongside actor Naveen Chandra.

Starring Naveen Chandra and Chandini Chowdary, Ahaâ€™s Super Over is Directed by Praveen Varma. Young actor Sharwanand has unveiled the sneak peek of the film on Saturday.

The film also Rakendu Mouli, Harsha Chemudu & others in lead Roles. Produced by Sudheer Varma, the film will premiere on January 22. 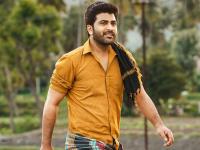