A couple has spent their savings and bought an old house which is believed to be 100-year-old. During their house renovation program, the couple was shocked to find out 66 old Whiskey bottles.

The incident took place in New York. The Nick Drummond and Patrick Bakker couple found 66 old Whiskey bottles in the walls and bottom of the mudroom while renovating their house.

Nick Drummond, who is Architectural Designer and Outspoken Preservationist by profession, took to Instagram to share what the couple has found during their renovation program.

Drummond spoke to media over his experience and shared how he felt after finding old whiskey bottles. He said, first they have found six bundles initially. Later, the count kept on increasing.

'OUR WALLS ARE BUILT OF BOOZE! I can't believe the rumors are true! He was actually a bootlegger! I mean I thought it was a cute story, but the builder of our house was ACTUALLY a bootlegger!,' his caption for the video read.

After finding 66 whiskey bottles from the Prohibition-era, the couple became an overnight sensation. Many Instagram users have offered to buy the bottles they found.

KCR Begins Cleaning Up Of CMO

Will Etela Rajender Revolt Against KCR? 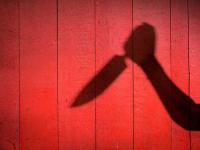 Husband kills wife in a heated argument over going to US!
×