Tollywood actress and the 'Ismart Shankar' beauty Niddhi Agerwal is showing all her talent in being different from others. The actress has not posted any fitness video like others so far. The social media is abuzz asking Niddhi to gift them a glimpse!

As such is the case, the actress journey is indeed a great one where in she debuted in Bollywood and found craze down South with back to back offers after Ismart Shankar. The latest sources said that the actress is very happy being in South Cinema and thus she is not caring about the Bollywood comeback!

Niddhi Agerwal would join the shoot of Galla Ashok's debut film directed by Sriram Adithya once the crisis eases. She is acting in couple of films like 'Bhoomi' alongside Jayam Ravi and 'James' with Puneeth Rajkumar . She is also having a Ravi Teja film in hand.

With these films she is also set to venture into Kollywood and Sandalwood respectively. Once these films become hit she would become a star heroine down south.
Download our app

Manchu Lakshmi All Set For A New Beginning

Sonakshi Bids Goodbye To Maldives With A Heavy Heart

Vikram's 'Cobra' Restarts Again. Will He Score A Success?

Heavy Money For Samantha & Tamanna For Becoming A Part Of 'Aha'! 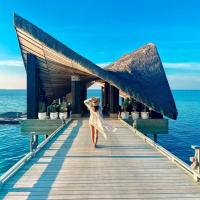