Why Ram Madhav was Dropped From BJP Team?

The BJP circles have been furiously debating as to why both the Telugu stalwarts  - Ram Madhav and P Muralidhar Rao â€“ have been ignored in the party jig. Both were seen as the rising stars and especially, Ram Madhav was considered the party president material. Both have not been given any post in the party this time. This has come as a shock for most of the party activists.

While some sought to explain this away saying both have served two terms each and they can only be made vice presidents. This cannot happen as both are too young, so they were rested. But, the fact is that while Muralidhar Rao has completed two terms, Ram Madhav has not completed two terms.

Sources say that both leaders have fallen out of favour for quite some time. They have not been invited to the key party meets for the last several months. Both the leaders have not been able to meet either Modi or Amit Shah in the last one year. Both have not been given any key task in the last few months. It now turns out that both were given enough indications well in advance that they would not remain in the party team.  Their diehard fans hope that they would be rehabilitated in some way or the other at the earliest.
Download our app 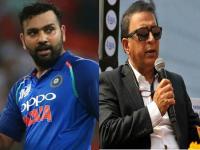