Veteran playback singer S P Balasubrahmanyam, who had been battling Covid-19 since last month, has breathed his last on Friday afternoon at MGM Healthcare in Chennai.

SPB was admitted to the hospital with mild symptoms in early August. Back then, he posted a video saying he was perfectly all right. But, he was moved to the intensive care on August 13 as his oxygen saturation level dropped. He had been connected to life support since then.

SPB's son, S P Charan, has revealed the news to fans and media. This is a big loss to the country as it lost the finest singer the country has ever produced. The details of his last rites are yet to be revealed shortly.
Download our app 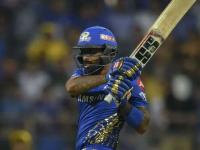