Tagore was directed by V.V. Vinayak and produced by B. Madhu. Chiranjeevi, Shriya Saran, and Jyothika played the lead roles. The film is considered to be the biggest hits of the Megastar's career.

Chiranjeevi with his glamour and dialogue delivery, impressed the audience like never before. The film broke every sort of opening record and was eventually record earner in Nizam, UA, and Overseas and had a record of 50 days (253) & 100 days (192) centres.

On the work front, Chiranjeevi is waiting to resume the shoot of his upcoming film, Acharya, directed by Koratala Siva. Actress Kajal Aggarwal will be seen playing the female lead in the film.
Download our app 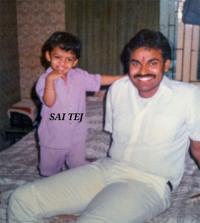