The film has huge expectations in the trade circles ever since it was announced. The craze is all due to the previous hit 'Fidaa' from Kammula and Sai Pallavi combination. The movie was a big hit in Overseas too.

The latest buzz about 'Love Story' is the OTT rights of the film have become a hot cake between Zee5 and Amazon Prime. Though Zee5 was the initial contender, Amazon Prime is just ready to pay whopping price for this content driven film. Lets see who clinches the deal!

The film is produced by ace distributor Sunil Narang who has ventured into full time production with this film.

It is believed that the good will of the team Love Story and subject will fetch good money for them with the first venture itself.

VV Vinayak To Change Second Half Of 'Lucifer' Remake 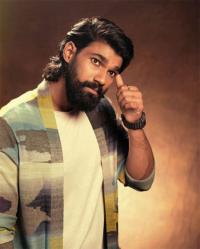