Ram Gopal Varma aka RGV who is famous for his discussions and debates has yet again impressed film lovers and film industry folks by finding new avenues to market and make money through films even in crisis.

On the latest he has defended his protege Anurag Kashyap who was targeted by Payal Ghosh who made serious allegations of rape on the maverick director.

RGV said in a tweet that Anurag is the most sensitive and emotional person I have been seeing from the past 20 years. He expressed his shock as to why and from where these false allegations come from!

It is evident that all the actors and actresses came in support of Kashyap and few lashed at Payal for false claims and false popularity at the trouble of others!

Anurag Kashyap can be called as the favourite disciple of Ram Gopal Varma. At an age of 23,he has assisted and written the dialogue version of classic 'Satya'.

The @anuragkashyap72 i know is a highly sensitive and emotional person and I never ever saw or heard about him hurting anyone in all of the 20 years that I have known him ..So I frankly canâ€™t picture whatâ€™s happening now 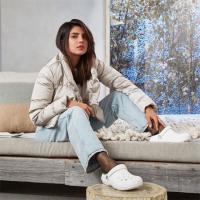