These days the actresses sharing their throwback pictures has become a routine task. The thunderous beauty Ileana Dcruz jas shared her childhood pic in which she was seen dressed in white with a veil like an angel. What wonders is her Derpy Dork Head comment on this pic. Ileana is awaiting the release of her next film 'The Big Bull'.

The film 'The Big Bull' starring Abhishek Bachchan and Ileana DCruz produced by Ajay Devgn is all set to stream directly on Hot Star in the coming days.

The first look poster of Ileana is dashing and she seems like a corporate spy in this crime drama.

The movie was supposed to release in Summer itself but with crisis and Theaters shutdown the movie had no chance but to seal the deal with OTT giant!

'The Big Bull' stars Soham Shah, Ram Kapoor and Samir Soni among others. The film is directed by Kookie Gulati.
Download our app 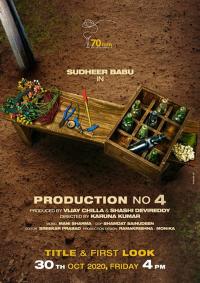 'Yatra' Makers Release Pre-Look Of Their Next
×