Samantha Claims That Fear Helps Her!

Star heroine Samantha Akkineni completed a decade in this film industry and in these 10 years, she delivered many hit films and impressed the audience with her fine acting. The adorable actress who did a lot of commercial movies in her career is trying to be versatile by picking different subjects these days.

In a recent online interview, she said that fear has done a lot of good for her. Sam claims that fear helped her in improving acting skills. She is all set to entertain the audience in the OTT platform too. Her digital debut is going to happen with 'Family Man' which will be out on Prime Video soon.

She states that she likes fear and has a special reason for it. The 'Dookudu' heroine says that she is eager to do challenging roles and during this time fear helps her in taking such roles seriously and comes up with better performances. She credits all her better choice lately to fear. Samantha is working on a Tamil project directed by Vignesh Shivan. Its shooting will commence in the next couple of months.
Download our app 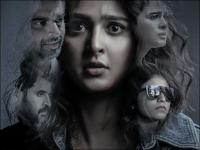