Of late, There's no stopping the Corona virus affecting celebrities and thus they are testing positive for Corona virus. As TV and Film shoots resumed, all the cast and crew slowly started testing positive, everyone in the industry became alert about the pandemic.

On the latest news came that former Miss India World and actress Natasha Suri's sister too has been tested positive for Corona virus and the news spread like a wildfire. Now all the netizens who think that celebrities can manage or buyout anything think that how did she get?

Natasha shared to media that she and her sister Rupali went to Pune for 3 days and as they returned to Mumbai, first Natasha and later Rupali have developed fever and body pains and thus when tested turned positive. She said that she is taking medication and seems fine.

Natasha even said that Corona is disturbing their family like hell and they are fighting it hard through Yoga and meditation but the body pains are not at all turning down said the beauty!

On the film front, Natasha Suri is waiting for the release of her digital film 'Dangerous' on OTT.

Payal Makes A Huge Cry While Doing This 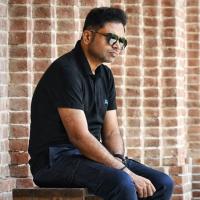