The suspense and real reasons behind the death of Bollywood young talented actor Sushant Singh Rajput are slowly revealing after these many days after his demise.

Later we heard that the death of Sushant's talent pool manager Disha Salian's death has created an impact on Sushant which are now baseless as Disha's father Satish Salian complained to Police saying that he identified three people who are spreading false news connecting her murder with Sushant's. Thus Mumbai Police have filed IT cases on three members named Puneeth Vasista, Sandeep Malani and Naman Sharma. Mumbai Police have booked cases as per IPC sections of misconduct too.

Satish Salian requested the police to make their lives peaceful by delivering justice!

Will 'Acharya' Get Postponed Once Again?

NCB May Grill Deepika and Karishma 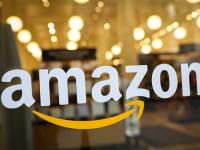