An interesting update about Tollywood's young versatile actor Sharwanand popped up in the Tollywood circles recently.

It is evident that young actor Sharwanand has turned Farmer for his new film titled â€˜Sreekaramâ€™. The film introduces Kishore Reddy as the Director into Telugu Film Industry.

Sharwa has committed his next film with RX 100 fame Ajay Bhupathi's Maha Samudram, a multi-starrer. Now, the latest update tells that the actor is all set do this film alongside Adithi Rao Hydari for the first time. The makers are still waiting to finalize second heroine for this film very soon and thus announce the project as soon as possible.

Sharwanand has good story judgement and doesn't easily sign a film. If at all the content is clean and good with uniqueness in the film, it would definitely yield the right result at the Box Office and give respite to the fallen career of Sharwanand who is sulking in back to back debacles of 'Jaanu' and 'Ranarangam'.
Download our app

Rowdy Boy To Don A Never Before Avatar In This Film

Rakul Claims She Is A Teetotaller!

Who Will Play The Leading Ladies In Ajay's Next? 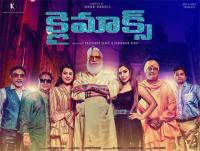