'Gunjan Saxena' starring young heroine Janhvi Kapoor in the lead was released on Netflix recently and is getting decent reception despite some criticism. The film is currently among the top 10 Indian films trending on Netflix and the team is very happy.

But the Indian Air Force expressed their displeasure over this film and demanded the film's producer Karan Johar, Netflix and CBFC to cut the scenes that showed their officers in a bad light. They claim that showcasing those scenes may prompt people in developing a wrong perception about the Indian Air Force.

The makers showed that the lead character played by Janhvi was looked down and insulted by the officers and co-pilots during her training. These scenes reportedly upset the Indian Air Force and they demanded the makers to cut them immediately. Let us see how Karan and his team responds to it.
Download our app 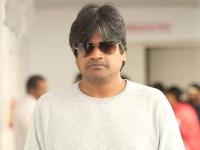