Bollywood versatile actor and Superstar Aamir Khan has surprised all his fans and movie lovers with his new looks in the upcoming film Laal Singh Chadha. The film is directed by Advaith Chandan a close associate of Aamir Khan. Kareena Kapoor Khan plays the leading lady in this remake of the World acclaimed film.

On the film front, Aamir Khan is busy with the Bollywood remake of Tom Hanks 'Forrest Gump' as 'Laal Singh Chadha'. Forrest Gump is a sensational film that became a classic and Aamir Khan fans are curiously waiting for this film that has a good content and message throughout the film. The Corona crisis had different plans and thus the shooting was stalled for 5 months now and thus the makers have shifted the release date from 2020 X-mas to 2021 X-mad as Aamir Khan never compromises on quality and of course X-mas is the perfect season for Aamir Khan films. 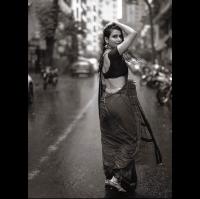