Narendra Modi Is Ideal PM Candidate For Next Term Too: Survey

Despite India is fearing the pandemic crisis, Prime Minister Narendra Modi managed to win the trust of Indians as most of them think that PM Modi's performance is either good or outstanding.

According to the India Today -Karvy Insights Mood of the Nation (MOTN) survey, 78 percent of the people who took part in the survey opined that Narendra Modi's performance is good while 5 percent of respondents stated said that performance of Modi is poor.

As per the survey, Uttar Pradesh Chief Minister Yogi Adityanath is the best performing CM in the country with 24 percent votes. He achieved the feat third consecutive time.

Chandrababu Finds Himself On The Backfoot In Chittoor

Bhatti Vikramarka Vs Talasani: Who Won On Day 1?

Why Did Ali Meet YS Jagan? 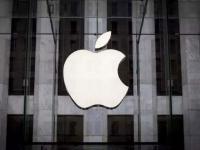