This Actress Want To Play Kalpana Chawla On Screen

The trend of Biopic is gradually paving its way in the Indian Film Industry, especially Bollywood. In recent years, the biopics on several prominent people were made as audiences are interested in real stories.

Bollywood actress Vaani Kapoor is also evincing interest to feature in a biopic on Kalpana Chawla.

"Kalpana Chawla is a huge role model for women around the world and anyone who has ever dreamt of being an astronaut. She's an inspiration and her story is definitely the one to be celebrated as well as told. I would really want to play her on screen it'll be an absolute honour," Vaani Kapoor said.

Vaani tried to pick the best from what came in her way and feels amazing to have worked with great names in the industry. She got opportunities for roles so distinctive.

"However, there are many more films one desires to be part of â€” genres like action, comedy, rom-coms, drama, suspense, and thriller, and many more versatile roles to discover," she added. 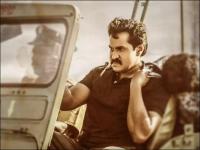