The Mahesh Babu starrer Sarileru Neekevvaru which hit screens on January 11, has become one of the highest grossing films in Tollywood and highest grosser in his career as well.

The film marked the first collaboration between Mahesh and Anil Ravipudi and did well at the box office despite releasing a day before the Allu Arjun's Ala Vaikunthapurramloo. The action-drama featured the Dookudu hero in the role of an Army officer and had plenty of commercial elements.

Sarilerru Neekevvaru was dubbed and telecast as "Major Ajay Krishna" and became the No. 1 Telugu dubbed film of all time. The film was telecasted a few days back and achieved a 6.5 TRP rating, surpassing the 6.3 TRP of "Sye Raa Narasimha Reddy". Let us which movie can break superstar record in coming days.
Download our app 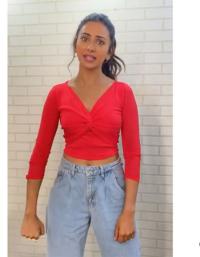