Earlier last month, police arrested 12 members, including the CEO and two directors of the company, and send to judicial remand.

The arrests were made a day after the expert's committee appointed by the AP government submitted its report to CM YS Jagan Mohan Reddy accusing the LG Polymers management of its negligence which claimed 12 lives.

As the police failed to submit the charge sheet within three months of registering the case, the high court granted bail to all the accused. 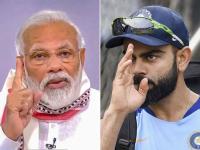