Bollywood young actor Sushant Singh Rajput's demise has become a never ending topic on social media. It is now all set to blast the roots of nepotism in Bollywood while people and movie buffs trend big on social media decided to boycott the production houses that let him die without helping and by playing dirty politics. Day by day the Industry is tending to divide itself by outsiders and insiders and it's not going to end any time soon!

Now Adithya Thackerey has responded to the allegations made on him and his father which said that they were somewhere connected to the case but Aditya said that all the opposition parties that are making allegations are just playing dirty politics by mud slinging on them who are not at all connected he ended.

Kangana from the second day after Sushnat's demise has blatantly been the fighter to deliver justice to Sushant's family. Kangana's team on Twitter posed questions to Aditya and asked him that people know who is playing dirty politics! Here are the questions asked-

1) Where is Rhea?
2) Why Mumbai Police Didn't File FIR?
3) Why Didi Mumbai Police Started framing it as Suicide?
4) Why Are They Not Allowing CBI To Take Up The Case?
5) Why Is Vinay Thiwari Forcibly Quarantined?
6)Why Are There No Forensic Expert Reviews On Sushant's Phone and Call Data?
7) Why Did Rhea And The Family Looted Sushant's Money?

Kangana's Team has asked impeccable questions and even commented that everyone knows how your father (Uddhav Thackerey) has become the Chief Minister of Maharshtra! Let's see if there will be any answer from the young cabinet Minister this time or not?
Download our app 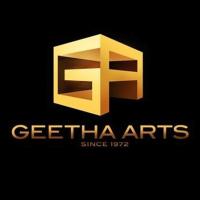