Ram Mandir is going to be the world's 3rd largest Hindu temple!

The much talked about Ayodhya Ram Mandir that lasted for 134 long years ended finally on 9 November 2019 with the Supreme Court ruling out in favour of Hindus and ruled out that the disputed land belongs to Hindus and directed the Ram Mandir trust to build a temple there.

Following this, the Shri Ram Janma Bhoomi Tirth Kshetra Trust made the arrangements to start construction at the temple site. Prime Minister Narendra Modi will perform the Bhoomi pujan today and lay a  40-kg silver brick to start the construction works.

Talking about the model of Ram Mandir in Ayodhya, Shri Ram Janmabhoomi Teertha Kshetra Trust Chairman Mahant Nritya Gopal Das said the Ram Mandir would be the third-largest Hindu shrine in the world.

As per the information, the Ram Mandir is going to be a three-storey structure. The height of the temple will be 161 feet and the entire structure will be built with stone.

It has been widely reported that the width of the Ram Mandir might be increased to between 270-280 feet, though earlier the width was fixed at 140 feet. The length of the temple might also be increased.

These many Indians To Receive Covid-19 Vaccine Once It Is Rolled Out!

Some MLAs Working Against TRS Candidates In GHMC?

Some Corporator Candidates Proving To Be Headaches For Parties

Office Demolition Row: Kangana Ranaut Gets A Sigh Of Relief 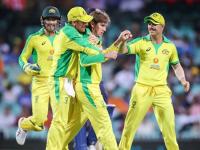