Speculations in Tollywood seem to be never ending even in this hour of crisis. The latest buzz we hear in Tollywood is all about the planning of big projects by Mythri Movie Makers and that too with happening directors down south.

Prashant Neel was earlier consulted by Mythri Movie Makers for  film with Mahesh babu but that didn't go as per plan and that project is now shifted to NTR's compound.

Now the latest news says that Mythri Movie Makers has given advance to young sensational director Lokesh Kanagaraj who has delivered a massive hit 'Khaithi' last year. It is said that the makers have asked this young director to do a Tamil-Telugu bilingual. In this way the production house has shown immense faith in the talented director even before his big film 'Master' release. The latest grape vine in Tollywood says that Mythri wants Lokesh to prepare a path breaking script for Ram Charan and thus they want to repeat the magic of their hit film 'Rangasthalam'. Let's see what Lokesh serves for Ram Charan but if the project is said it is for sure that Ram Charan becomes an impeccable star down south!

This banner started in the hands of ace director Koratala Siva has been in full form to give good content and as well grandeur films with top and young directors down south. Hope they achieve their dreams of a great production house! 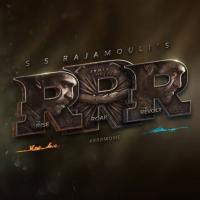